Synchronization of anchors is an essential part of TDoA location powered RTLS to ensure reliable and sub-meter position accuracy. RTLS Studio now supports not only UDP Sync but also the TCP Sync gen2 scheme to empower greater flexibility of network deployments as the synchronization can now pass through multiple routers.

TCP SYNC lies within the second layer – see the picture of Synchronization Layer Model above. To provide positioning coverage among all the anchors, selected anchors (master anchor) must synchronize with the rest via UWB transmission (layer 3). The anchor contains a single UWB radio, so it can either transmit the synchronization or receive blinks from tags at that time. If there are multiple master anchors within the same radio range, they should not transfer at the same time. Otherwise, a radio collision would occur. On the other hand, if they are not at the same range, their transmission could overlap, thereby utilizing over-the-airtime optimally. TCP Sync implements aligning anchors within the TDMA, which is done via a persistent unicast TCP connection with each anchor. Since optimal alignment can become a very complex optimization problem, especially as the number of anchors grows, we have employed an advanced machine-learning-based genetic algorithm to calculate the optimum solution in almost real-time.

From RTLS Studio 2.3 TCP Synchronization has got a new UX interface in RTLS Manager.

This graphic illustrates the Anchor TCP Sync Roles that will be used through this documentation to elucidate how TCP Sync works. From this diagram we can define the following Anchor TCP Roles:

The summary which role act as a master for TDMA sync and UWB sync is presented in the table below: 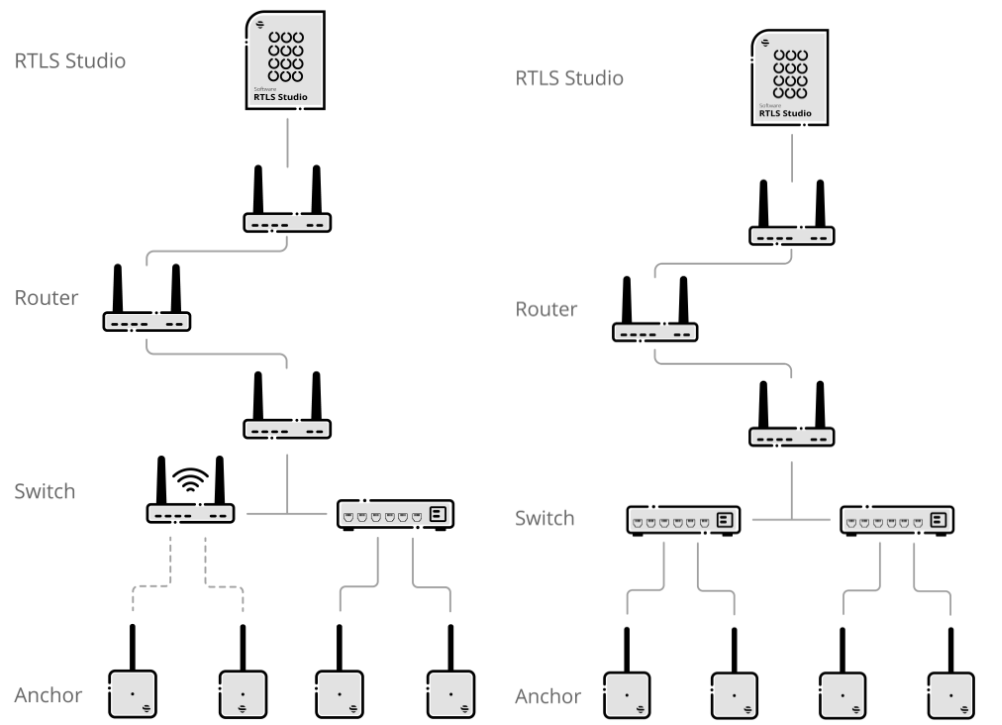