REST is HTTP based interface providing the following methods: GET, CREATE, UPDATE, DELETE. All methods along with the responses are encapsulated in JSON format and transferred as HTTP requests. With each request, a response is given from the server. The communication is based on request-response architecture, which means that the user need to frequently request position updates to receive the positioning data. 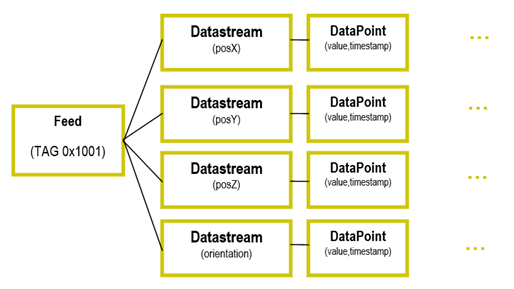 There are other entities derived from basic Feed such as:

When to use REST Interface?

REST Interface is mainly useful for applications with refresh interval in seconds or to read static data from the database, like information about Tags, Anchors, Buildings, Zones, etc. It can also be used to read historic position data. REST interface should not be used to read fast real-time position data. The user authentication is done by the use of an API Key. Since the RTLS Studio provides multi-user access, the rights to data entities and request itself must be sent with authentication key in HTTP headers. You can manage your apikey in User Management.

You can play with API in our interactive API interface documentation, which is available online and it is also included in native part of RTLS Studio installation: