BETA
When to use this feature?

It is designed for quick deployment for demonstration purposes to decrease the time of the deployment. For permanent deployments, precise anchors coordinates measurement in centimeter accuracy level (+-3cm) is required.

Distances between anchors are measured without human intervention during the initialization. These distances are then used to calculate the rough position of each anchor in relation to others.

The anchors have to be at the same height for auto-deployment to be correctly calculated.

Due to the latest browsers update GUI components in RTLS Studio 2.4 and lower start to be incompatible. Fix and more details you can find in section Known Issues. 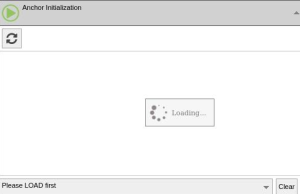 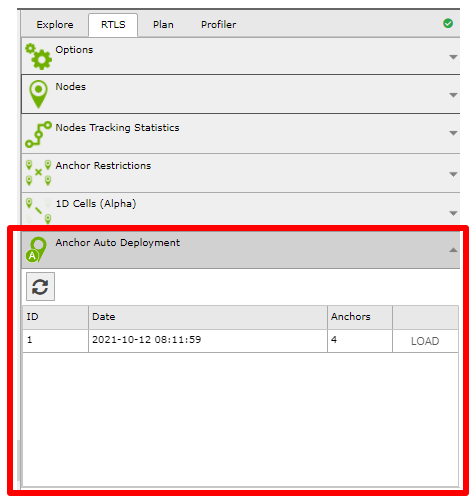 Auto-deployment could be used

Deployment of anchors is simplified by moving, rotating, and flipping this model and applying it to a plan.

Make sure anchors in your auto deployment are not mirrored. Your tags will be moving in the opposite direction!

Once you are satisfied with the position of your anchors press the APPLY button. 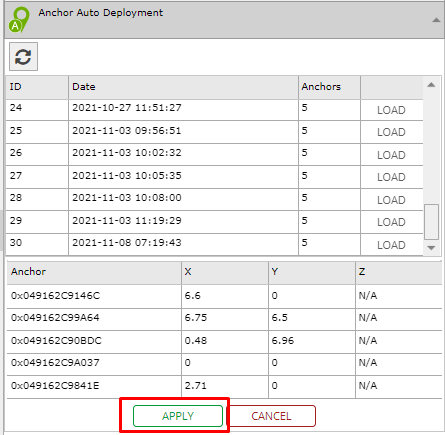