In some installation, it is recommended to use a combination of both antenna types.

In the most cases the environment will be not be open and some obstacle will occur there. Let's follow the example from previous page for cell with dimensions 25 x 20 meters with anchors installed on columns 6 meters high. 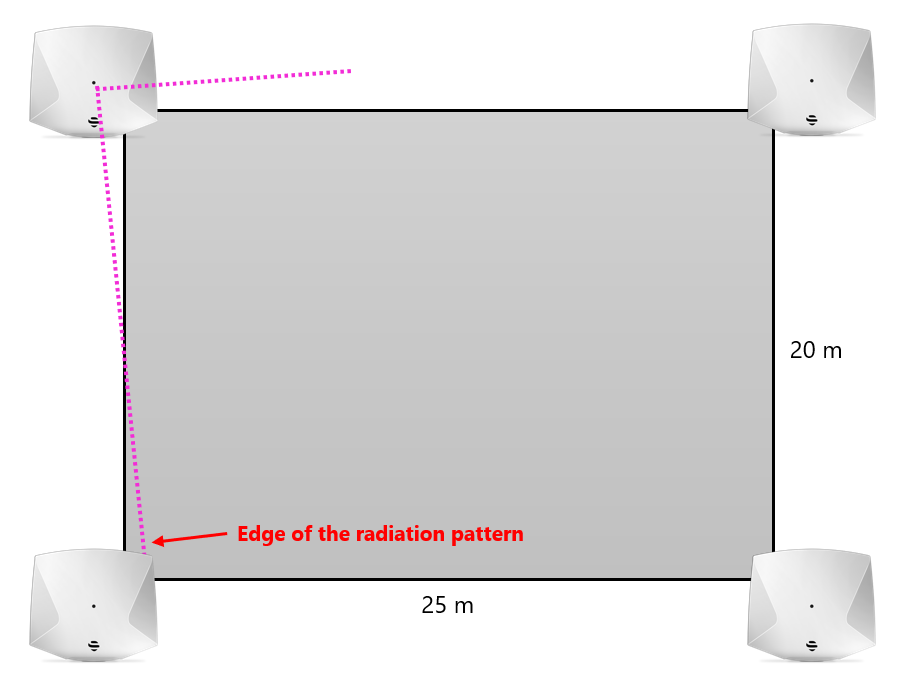 With some obstacles in the area, the received signal quality could not be good. Therefore, to achieve the best synchronization, we should add one more anchor. The Anchor Vista Omnilight will do the job perfectly and helps to get better synchronization and position calculation for this case.

Even if the installation in the middle may seems to be the best position for the Anchor, the better position of the Anchor is on the longest edge of the cell. Position in the middle is very good for anchor synchronization but for calculation of tag position can create an issue in the form of jumps.

In this case, the Anchor Vista DirectFive will be tilted by 5 degree to the ground. Because distance between far ends is 40 meters, the horizontal rotation will be 20 degree. The other Anchors DirectFive in the corners will be vertically and horizontally rotated the same. The Anchors Vista Omnilight will be in the middle on the longest edges of the cell. Since they are placed in the middle, they will have a good synchronization with the anchors on the edges and will be able to receive blinks from tags in their vicinity.

In a more dense and complicated environment, typically in Industry, both antenna types can be used simultaneously to cover different parts of the installation based on their attributes. 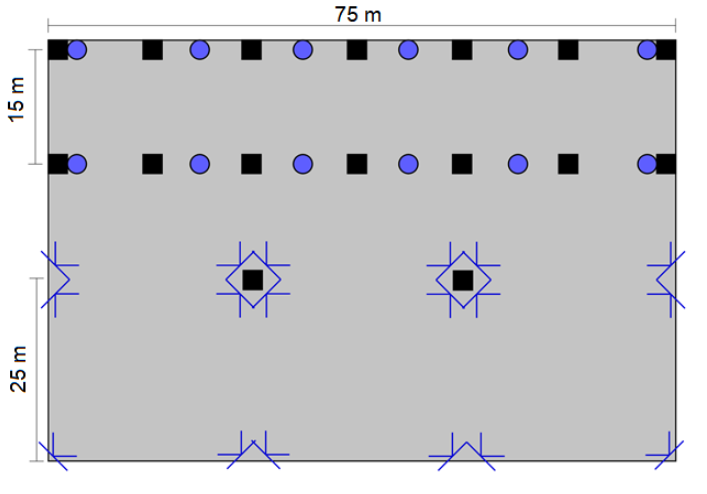 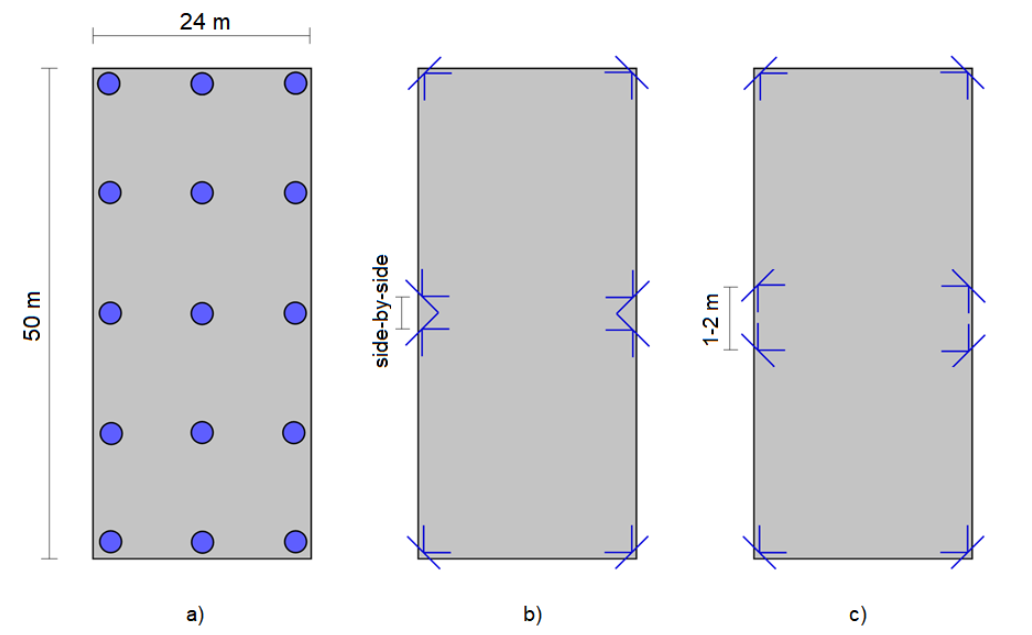 In the example the same area (a long corridor) is covered by both types of antennas. Since the maximum grid for omnidirectional antennas in an open environment is 15×15 meters and the width of the location area is 24 meters, additional row of anchors must be put in the middle on the figure a). This increases the cabling and installation costs.

Another solution to such a scenario is using the directional antennas. In the figure b) and c), we can see that by using a much smaller number of anchors (approximately half) with directional antennas the same space can be adequately covered. The advantages are both smaller number of anchors and lesser cabling (less cables also means a significant cost reduction) and there is also no need to install the anchors in the middle of the location area, which can sometimes be problematic.

Figure b) represents deployment without overlapping of location cells. Anchors are physically placed next to each other. This type of deployment leads to a smaller total amount of anchors needed to cover area (compared to deployment with anchor OmniLight), but a small instability of the tag position may occur at the border between the location cells.

Figure c) represents deployment where location cells overlap. Anchors in the middle are phycically placed to face each other. Due to overlapping cells the tag position should be more stable when the tag moves from one cell to another. To ensure correct synchronization the anchors facing each other in the midle should be in the different heights → it avoids sheiding effect.